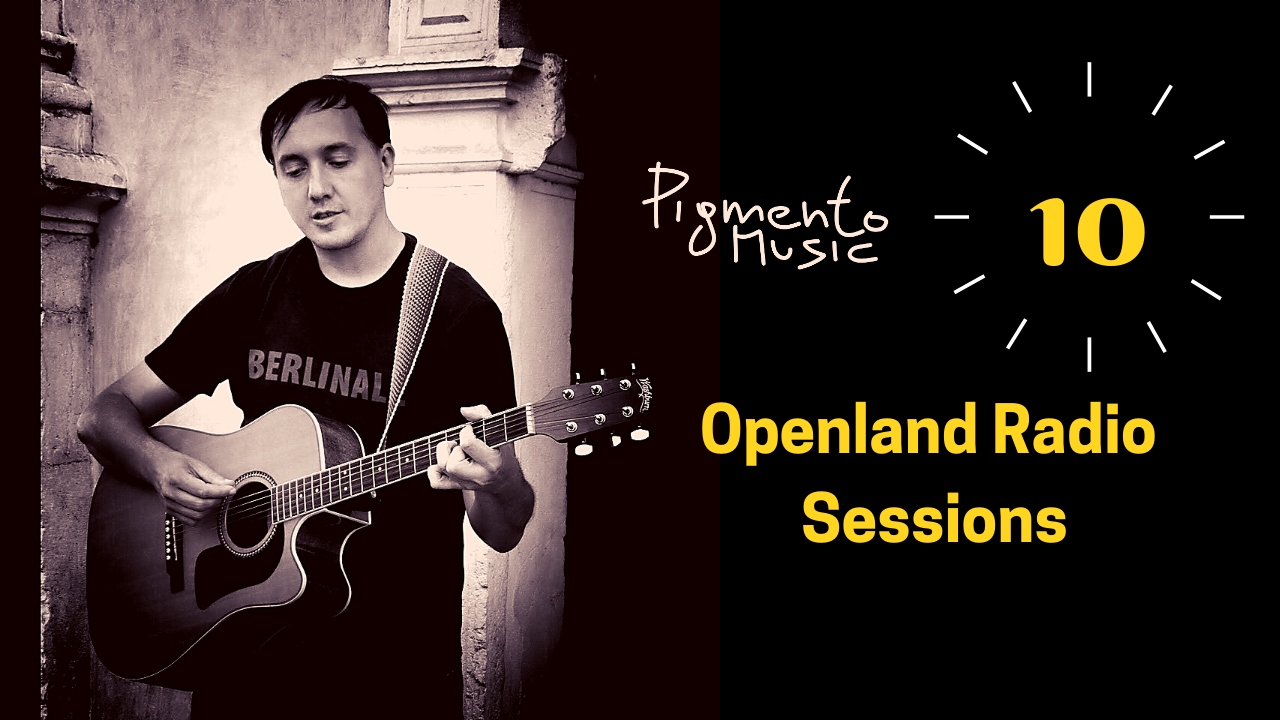 The Openland Radio Sessions EP is a compilation of recordings made during a web radio session back in 2015.
3 videos were taken from the performance and an interview was also filmed.
If you want to know what Pigmento Music sounded like in the first era,
that’s exactly what you got for the 6 tracks released as a digital EP.
The recordings of the Openland Radio Sessions weren’t easy at all.
The plan was that we basically would have had some hours in the afternoon to complete the sessions.
That wasn’t the way it went.
After more than 10 grueling hours from the early afternoon to almost midnight, without having any break,
I was nearly having a nervous breakdown.
Something that obviously can be heard in the last three songs.
I could hardly hear my voice on the speakers and I had to shout and play louder to hear what I was doing.
I was being pushed to the limit. Without having any control over these technical issues,
that made it impossible to sing and play the way I like, I was forced to work under uncomfortable conditions.
Basically, I was going through the same problems I had with the recording sessions of the album The Grid Line.
I was collaborating with a guy who appropriated the control by giving harsh comments to me
and also to the cameraman.
But, in the end, the performance was recorded and I’m still grateful for that.
The audio may be rough in spots throughout the tracks and no mastering was done,
but I still like what was achieved with the Openland Radio Sessions, especially with
Consider This and It Never Comes to an End.