This is a concept album about a geographic location, the place where I grew up.
Every song represents a line in the grid.
Seven songs for 7 lines for 7 episodes of life in a small area during the transition from childhood to adulthood.

Listen to the album & buy the digital release on Bandcamp. Buy the CD here

Cherry trees have always been part of my life and I’m happy that I grew up surrounded by huge trees planted 50 years before by my grandfather.
I spent many times, many days, many springs, summers, winters, autumns with them. I can’t remember the times I embraced them with my tiny arms, hurt them by kicking at their branches, or just stared at them, enjoying the sunny days.
Nothing is meant to live forever and my beloved trees were no exception. They all fell down over the years. Thunderstorms hitting the country destroyed them one by one. They fell without recovering, but I like to think that they did not leave the ground and instead they were transported somewhere, where they can provide other children with their freshness.

The lyrics come from a letter that was meant to be sent to a friend, but it was never sent.
The music was written in about 10 minutes and then waited more than 10 years to find its way to the studio. It’s also the only song that had not changed over the years.
I remember being obsessed with the music of Red House Painters at that time. As a result, I wanted the music and the lyrics to be as confessional as those of the Red House Painters.

My first job interviews were surreal.
There was a time when recruiters contacted fresh graduate guys like me to invite them to group interviews. The recruiters were all top salesmen, huge egos, the most egotistical people you could ever meet.
Their purpose was to find another one like them. You had to believe blindly in them and to sell yourself to reach the top and make money.
It looked like a weird hierarchical organization and I felt I could never fit into that kind of company’s structure. When I wrote the lyrics I had in mind the film Magnolia. Tom Cruise’s character, the motivational speaker Frank Mackey was the perfect example of a crafty man.

There are many sources of inspiration behind the song: the memory of my grandfather passed away when I was six is one of them. I remember him waking up so early in the morning to take a walk in the countryside.
I walk the same path, the same distance, years later, remembering him every time I do.
Another source of inspiration is Zenzero, a guinea pig behind the song named after him.
Zenzero’s life was short, he had not the time to bloom. He was buried in the countryside in a box full of flowers, the same countryside, and the same path I use to walk.
After one year when I was taking my usual walk, I noticed flowers blooming in the same place where we buried Zenzero.
From that day, every year, the flowers that were buried with him find their way to bloom.

5. It Never Comes to an End

This is about ever traveling wishful thinking, but it is that kind of wish you can only accomplish through imagination.
When I wrote it there weren’t any social media and you could only browse thousands of pictures by turning pages of books, travel guides, magazines.
I was amazed by everything the first time I visited Ireland, Berlin, France. Finally, I could touch what I dreamt of for years in my room. And it seemed that it could never come to an end.

Zenzero was a small guinea pig that is part of the inspiration behind the song Morning Flowers.
My friend Melissa asked me if she could bring the poor body of Zenzero in a small box full of flowers to my countryside to bury him there, so he could be surrounded by nature forever.
I dug deep enough and I’m sure that all the flowers of his tiny box were under the ground. One day, the year after, I was walking and I noticed something in the ground.
It was late spring and the grass was starting to grow but my attention was caught by some flowers.
They were blooming exactly in the same position where Zenzero was buried. From that day, every year, no matter what happens, Zenzero’s flowers bloom.

The last line of the Gridline is about a jobless feeling that I was experiencing after my graduation.
I often compare my world and the Internet years with the Post–World War II economic expansion era lived by my father.
My father began working at the peak of the 60’s Italian boom, while I began working instead at the beginning of a long series of economic crises.
At the end of the day, I wanted to talk with my father about my feelings but I did not. I just imagined a conversion and the lyrics came really easy. 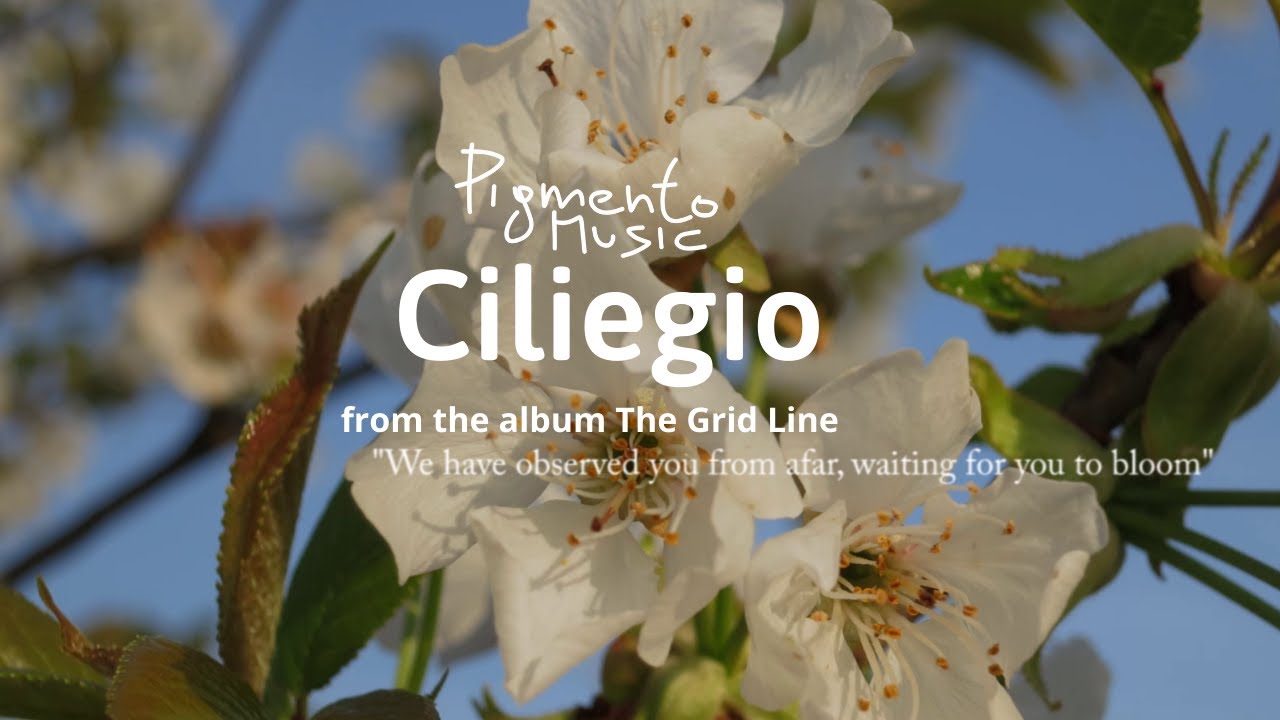